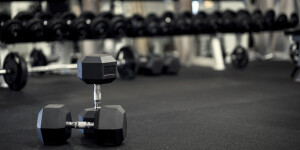 Once in a lifetime you meet someone who tests you, encourages you, loves you without limits, and supports you beyond means.  Arturo “Tudy” Perez embodied that and then some.  Tudy was born in Norwalk, California to Laura and Arturo Perez on February 16, 1979.  Tudy spent his childhood stomping the ground being a latchkey kid in Pico Rivera with his siblings Suzanne, Nick, and Gina.  The stories he would talk about growing up were hilarious, scary, and most times illegal.  From gang life and the experiences with it, he broke free and decided to be the change, he wanted something different for his future.  This fortified him and facilitated him in having a career and playing semi-professional football.  While working as an Assistant Manager at Lowe’s he met Tommie, the love of his life.  Tudy and Tommie spent 20 wonderful years together and were married 17 of them.  They were truly best friends, always laughing, pushing through life’s ups and downs with an optimistic stand.  They went on to have four children, Haley, Nick, Abby, and Lilly.  They would switch out stay at home parent roles every couple of years so each one could truly enjoy the kids.  Tudy spent real quality time with each of his children getting on the floor and making things with them, volunteering with their schools, coaching whatever sports they were playing, taking them hiking, camping, teaching them to work on cars, and how to fix things.  He breathed for them and took interest in their interests, supporting them to be confident in themselves and achieve their goals.  In 2015, after moving the family to New Mexico he challenged himself to finally get his GED.  This sparked a huge desire in him to continue his education.  This would lead him to become a full-time student at Western New Mexico University.  Being fully dedicated to his schoolwork he excelled and decided he would like to become a science teacher.  He had a knack for explaining things simply and in an exceptional way, he would have made a fantastic teacher.  He proudly worked at WNMU and loved his job and the benefits that came with working there.  He would tell anyone cleaning toilets was better than making a lot of money and not having time for your family.  He could be seen at most games voluntarily working and would be one to jump and offer an extra hand to anyone who needed it.  Tudy was an eccentric person and would surprise you at every corner when you thought you knew him.  His sense of humor was matchless, and he would make light in the darkest of times.  Being a storyteller, he would make any story or joke funnier than it was with his silver tongue and unique laugh.  Tudy had a way of pushing people’s buttons and then some.  He took pride in being the black sheep of the family and had no problem in calling it how it was, or how he saw it.  This is something he enjoyed so much, he loved to debate and intensify the conversation.  He had a hard-shell exterior to some but was the most understanding and caring person.  You could never come to Tudy with a problem that he wasn’t trying to help you solve.  He was an old school man; he could fix or rig anything up.  Working with his hands was something he was always doing, tinkering, tearing down, and building up.  Tudy made deep and solid connections with many people, some of whom he never met in person.  He loved to be out in the wilderness or playing video games and watching movies with his family.  His greatest love beyond his family and close “circle” was being in the gym.  Tudy transformed his life and so many others around him on his fitness journey.  At one point he weighed about 400 pounds and got down to 215 through exercise and learning a healthy relationship with food.  He was an influencer on several Facebook fitness groups and changed hundreds of people’s lives through his example and the motivational speaking he did.  “FAT NOW BUT WATCH OUT” was a hashtag he put on each post for his many followers on social media.  He lived up to that and was continuing to push day in and day out in life.  He spent the last day of his life doing what he loved most reaching out to his immediate circle and working out in the gym.  He lived his life on his own terms, often being misunderstood and unappreciated.  He encouraged so many and showed by example how you can rise from the flames.  He will be missed more than mere words could ever begin to express.  An encouraging post for us all to live by and remember from Tudy is something he posted recently, “Work in progress. Loving the transition. It's a little slow but I've yet to give back any ground. Your journey will be a long one plan to fight daily. You won't see progress until it slaps you in the face then you will remember when you didn't want to finish. When you wanted to quit when you felt like you couldn't do it anymore. When you look back at all of the reasons why you could have quit but didn’t, you will have built new superpowers in yourself. The power of discipline, commitment, and fortitude.  With these new superpowers the world will be your oyster.”

A viewing will be held from 3 pm to 5 pm at Baca’s Funeral Chapel on Friday, November 19, 2021.  Following will be a “Celebration of Life” at WNMU in the old Graham Gym at 5 pm.

To send flowers to the family or plant a tree in memory of Arturo "Tudy", please visit our floral store.